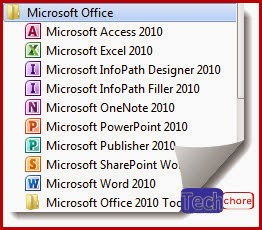 Microsoft office 2010 consists of access 2010, excel 2010, infopath designer 2010, infopath filler 2010, onenote 2010, powerpoint 2010, publisher 2010, sharepoint 2010 and word 2010.
The office 2013 is already available in the market yet, many still prefer office 2010. It’s not because it has all the features that office personnel may need, but upgrading to office 2013 may cost some bucks, with just almost the same  usage.
Installing Microsoft office is fun and super easy. All you need to do is just insert the cd/dvd installer, run it and follow the installation wizard instructions.
However, sometimes problem occurs. In my personal experience, I’ve been installing office 2010 to my clients with no problem. Until one day,  I encountered this 2908 installation error. I can’t continue my installation because it rolls back.
What I did?
I know it’s a software conflicts. So, I uninstalled the Microsoft.net framework 4 and installed Microsoft office 2010 without any problem. Thereafter, I installed back the Microsoft.net framework 4.
That’s how I solved Microsoft office 2908 installation problem.
If you have questions or suggestion, feel free to comment below.
Advertisements