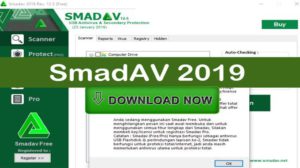 What is SmadAV Antivirus?  It’s an Indonesian antivirus. Moreover, Smadav is considered as one of the lightest and effective antivirus against worm viruses and trojans like shortcut virus. It is designed as second layer security for your PC, but it acts as your computer’s first defense. Capable of scanning every plugged portable device like a […] Panda Global Protection Beta If you are not familiar with the name, it is another upcoming Antivirus from a known Cloud Antivirus vendor, Panda Security. It is still in Beta version and you are invited to test it. The Beta license is valid for three months, I think it’s enough to learn many, if not […] Kingsoft Antivirus light yet powerful?    Kingsoft tagged its Antivirus as PC Doctor before, but now its Kingsoft Antivirus 2012, a Cloud Antivirus. It is light, the installer is just 14 MB, fast to download and fast to install too. No Antivirus in the industry that can compete its installation speed with less than a […]